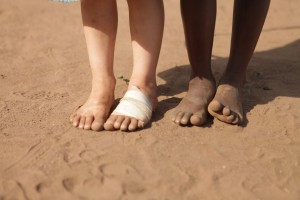 inding Josephine is quietly making its way round festivals…

… In other Josephine-related news we’ll be skyping with her for her birthday on the 19th of December. Thanks to Gary from Plan for sorting this out. This will be the first time we speak to the family since they’ve seen the film!