At Polifilm Documentaries are our bread and butter.

We love to tell real stories our own way. We live surrounded by reality and every day we’re amazed by the stories that we encounter and that we’re lucky enough to have the opportunity to tell. Bellow is a showcase of some of our bravest and toughest productions. Enjoy!

A film about what we think we know about Africa.
I traveled to Uganda with Mango, my 5-year-old daughter, to meet Josephine a her age, who we’ve been sponsoring for the past two years.

One month into her relationship with Liam Nita finds she is pregnant; she decides to keep the baby inspite of Liam’s requests for an abortion. Now that Una is born Nita and Liam are faced with difficult decisions that will change their lives for ever.

Made as part of the Cinetrain project this short experimental documentary was shot and edited over a 5week period in Autumn 2009 traveling by train between Bishkek in Kyrgyzstan and Moscow.

Throughout this journey people from different ethnic, economic and religious backgrounds speak of their struggles, immigration, racism, the ‘old days’ in the USSR and their dreams for the future. 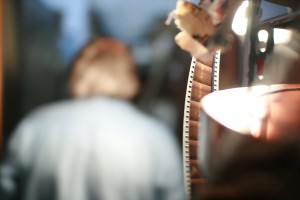 In the past 30 years Carlo Roda amassed an archive of over 2000 films on reel ranging from French New wave to American horror classics. Now this treasure lies in a dusty and damp basement. What happens when a group of well-meaning youths decide to bring the archive back to life?

As Time Goes By

In January 2009 a group of performers walked down Edinburgh’s main shopping street in slow motion happening designed to draw attention to the hectic rhythms of our present-day shopping and working habits.