…or to be more precise… as “corporate” as it gets at Polifilm.
We’ve been lucky enough to always take on projects that we believe in, whether it’s a budding acrobat, a visionary festival on a volcano or a worthwhile cause to make a viral about, Polifilm has lots of promos, virals and docs for ethically sound corporate gigs.

Bellow you can find a showcase of some of the work we’re most proud of. If you like what you see and would like us to make a video for you just get in touch we cater for all scales of ambition and more importantly sizes of budget.

Admittedly this humorous and clever viral is a brainchild of Leith Agency, one of the many agencies we collaborate with in the UK in the production of moving image content. In this viral Scottish celebrities draw attention to the signs of breast cancer (beyond lumps)

Stromboli holds a special place in my heart. August Shuldes, the brains and heart behind this extraordinary fire festival on Europe’s most active Volcano invited me to make a doc to promote his work. Admittedly I did go mainly to visit this magic island but being part of the fire family for two weeks, with a show every night and a really camaraderie between the 60 odd artists visiting from all over the world was one of the best experiences of my life.

If you get the chance you should definitely visit Festa del Fuoco (on every September on Stromboli).

This is the 25minute documentary I also made whilst in Stromboli: We have close personal ties with Delighters (yes, admittedly the director is my wife Jusztina Hemann) and have been making video content for them for years. Here you can see a few examples of the work we’ve done for them, from promos of shows to mini-docs of street happenings.

In 2011 NoFitState Circus were performing at the Edinburgh Fringe Festival and some of their performers asked me to make tailor-made promos of their individual acts.

Their shows were roller coasters of emotions and wonder, I was honored to be allowed to capture this on video!

Here are a coupe of the promo’s i made for them: 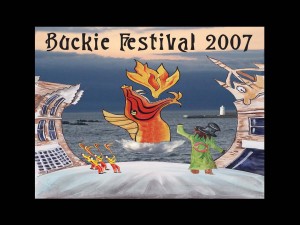 Although this project was commissioned and the final product was to be used mainly for promotional purposes, it was very important for me to gain an overview of complications involved in â€œshooting realityâ€ and was in a way my first experience in documentary production and its management.