Children of Babel is back on track… 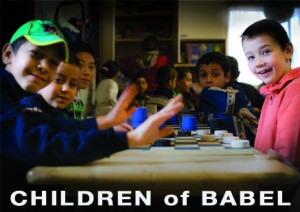 I’m very excited about the up and coming auditions to be held in Turin at the end of July to find the right characters for Children of Babel. This film means a lot to me, I have invested lots of time, money, energy and creativity and it has evolved through thick and thin over the past two years. Now, with the backing of Film Commission Torino Piemonte, MEDIA Europe and Emotion Films in Turin we can kick off a professional and properly financed development process to bring this film to commissioning Editors’ desks early next year. Fingers crossed… Porta Pila here we come!